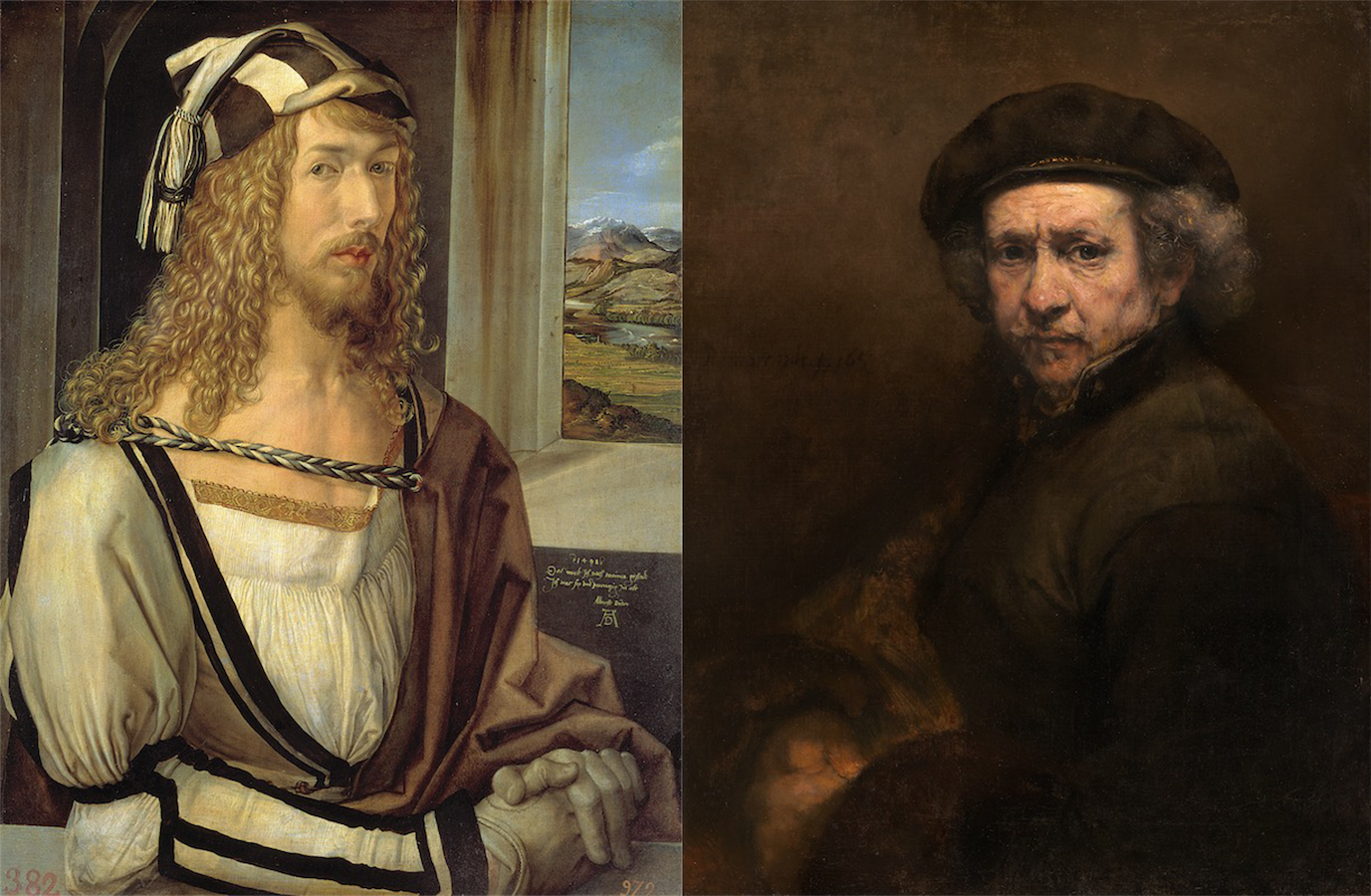 I’ve been thinking about how a concept from the field of art history can illuminate some of the ways we perceive letterforms.

Heinrich Wölfflin (1864-1945) is often cited as a seminal figure in the development of art history as a discipline. His most famous contribution to the emergent field was his discussion of “linear” vs. “painterly” art, a polarity he saw describing the shift from sixteenth-century Renaissance art to seventeenth-century Baroque art. He wrote:

“Linear style sees in lines, painterly in masses. Linear vision, therefore, means that the sense and beauty of things is first sought in the outline...that the eye is led along the boundaries and induced to feel along the edges, while seeing in masses takes place where the attention withdraws from the edges, where the outline has become more or less indifferent to the eye as the path of vision, and the primary element of the impression is things seen as patches.”

We can see the development he speaks of by comparing a Raphael painting to one by Rubens. The earlier, linear painting above has relatively crisp outlines which serve as firm containers for color and shade; the later, painterly painting below has a more dynamic atmosphere of figures and shapes blurring together. The figures below (compare the winged putti at the respective bottom centers for example) seem built up with color rather than drawn from the outside in.

My first thoughts about applying this idea to type went to type families that vary in weight all the way to the extremes. Letters at the “Thin” or “Light” end are made up of narrow, well separated strokes, and read as linear we might say. But in applying more and more weight, we pass a tipping point at which the eye starts to see areas of color instead of lines. An ultra-black sans H isn't so much two vertical strokes connected by a horizontal one, but more so a black rectangle interrupted only by small slits of the counters—a painterly letter.

One of the fun things about Feneon’s design is how it collapses this dichotomy. The Regular and Dense styles create mass through back-and-forth line tracing. As a consequence, its shapes are simultaneously linear and painterly.

Comparing a Feneon setting without and with a blur filter brings out how the letters offer the eye both readings at once: “the eye is led along the boundaries” as Wolfflin wrote, but is also registering the “patches” of color.