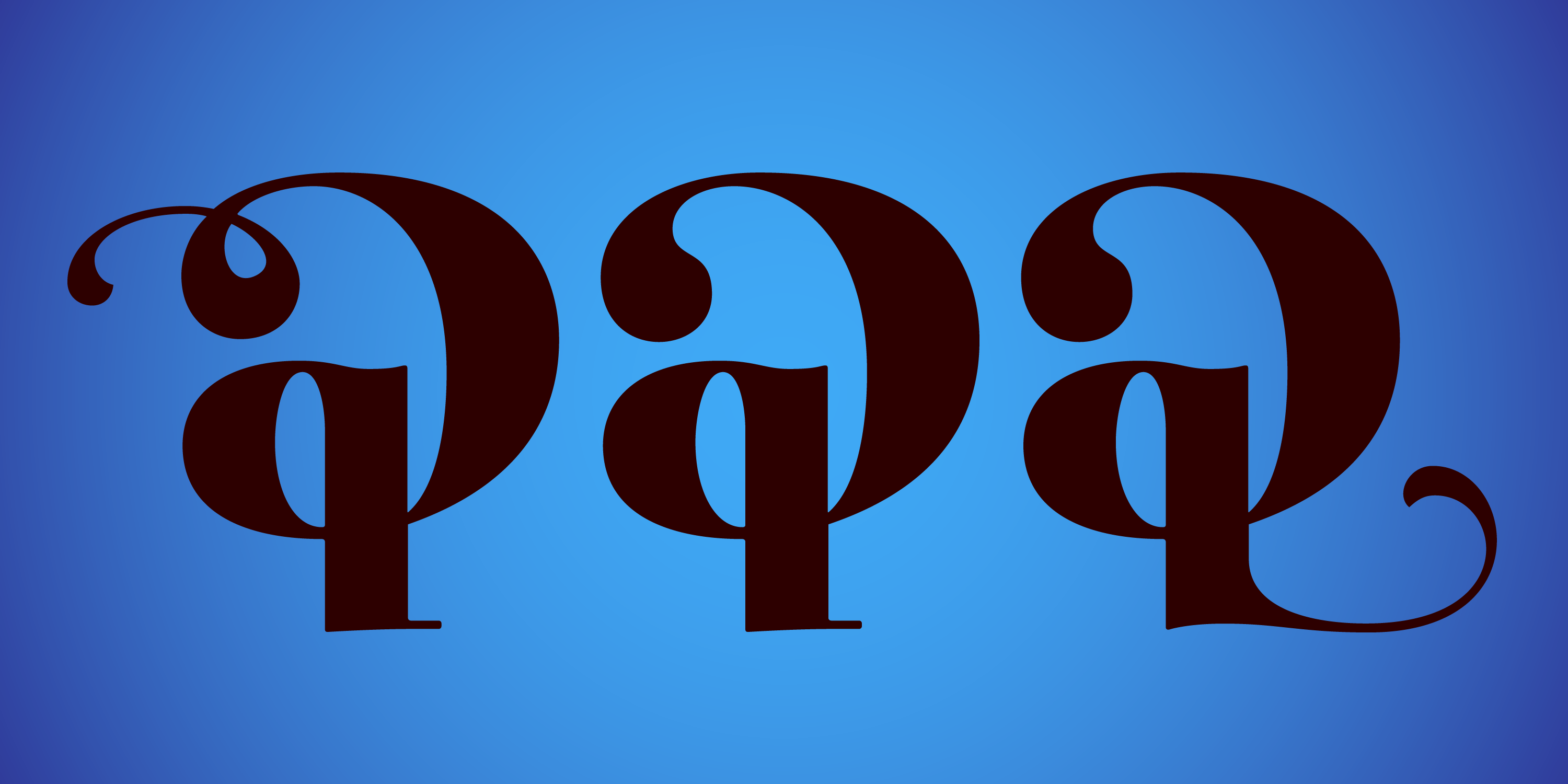 I had a lot of fun puzzling over how to combine upper- and lower-case forms into single glyph shapes—the premise behind the Ambicase types. Among my favorite glyphs are the swash forms of Q. Those letters don’t just meld together the typical O-with-a-tail capital form and bowl-and-stem lowercase form. They also incorporate the loopy cursive form familiar from classics like Caslon's 18th-century types. The loop of that italic capital Q form offered the possibility of working in the bowl of a roman lowercase form.

Some case combinations in Ambicase were trivially simple to accomplish (like Xx or Oo); others were exceedingly challenging (like Dd or Mm). But swash Q presented an unconventional opportunity to incorporate an italic form into the mix.

Ambicase Fatface’s swash Q has initial, medial, and final forms. That is, the swashes extend where space allows—when it is the first or last letter of a word—but stay retracted when they would bump into neighboring letters.